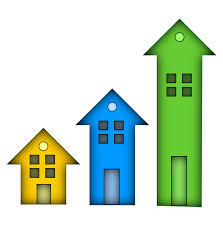 The Chancellor has announced that the unpopular planning gain supplement (PGS) is to be replaced with a statutory planning charge.

In his pre-budget report, The Chancellor said that Barker`s review of housing supply proposed the introduction of PGS as a new levy on development to raise additional resources to invest in the infrastructure needed to support housing growth. In its response the government accepted that local communities should benefit more from the often significant increases in land values arising from planning permission. Following extensive consultation, the Prime Minister indicated in July 2007 that the government would be prepared to defer legislation to introduce PGS if a better way could be found to ensure that local communities receive more of the benefits from planning gain, to invest in necessary infrastructure and transport. The housing green paper sought views on PGS and possible alternatives.

Following discussions with key stakeholders, the government will legislate in the Planning Reform Bill to empower local planning authorities in England to apply new planning charges to new development, alongside negotiated contributions for site-specific matters. Charge income will be used entirely to fund the infrastructure identified through the development plan process. Charges should include contributions towards the costs of infrastructure of regional or sub-regional importance. Legislation implementing PGS will therefore not be introduced in the next Parliamentary session. Further details will be published shortly by Communities and Local Government.

On behalf of the Major Developers Group, said: “PGS threatened to hinder development. In consulting on a tariff-based alternative the government has accepted the need to develop a system that carries the confidence of major developers and delivers and delivers much-needed infrastructure investment.

Sara Peace, chief executive of the British Property Federation, said: We hope that the property industry and government can move quickly to agree the detailed implementation of a local tariff-based system.